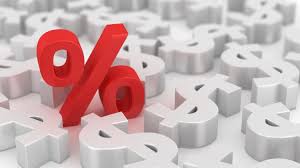 Today the big news is interest rates have been cut again by the Reserve Bank.

When you talk about anything money related to the average guy or girl on the street you immediately see their eyes glaze over.   One day the property market is going to implode and the next their reporting the market has already turned.

How are people supposed to make sense of that?

Today I want to talk about what the actual news is that these rate cuts are telling us.

Firstly, interest rate cuts take the stress off mortgaged families.  It makes it easier to meet their living expenses, we all know this one.

What the Reserve Bank want from these interest rate cuts is money to go into the economy.  What we get told is the rate cuts allow people to spend more money because they are saving on their mortgage and that when people are spending then someone else is getting paid.  This is the grease that allows the economy to turn.

But the biggest effect is the ability for people to borrow more.  At this point you need to make the assumption that whenever money is borrowed it is created.  It’s a very simple concept but is hard to grasp for some reason.

Reduced interest rates allow people to borrow a lot more and therefor increase the amount of cash in the economy.  This is how you get inflation which by the way the Reserve Bank aim to keep in the sweet spot of 2-3% and at the moment it’s about 0.

And that is the problem.  Despite our large amount of immigration our economy is not actually growing.

You might think allowing people to just borrow more is pure madness, isn’t this how we got in this hot mess anyway?

The reality this is our system.  We always need to create money to keep our western society going.  It’s not perfect but it’s got us this far.

And this is how we get a cycle.  We created too much money too quickly and then APRA turned the money tap off so to speak.  In December last year the Reserve Bank were basically telling APRA that turning the money tap off is a very bad idea and since then they have announced some of the restrictions put on the banks have been uplifted.

The Reserve Bank has had its hand forced; they can see the writing on the wall.  There is more pain to come in the short term for our economy.

If you are in unskilled work.  I think you should be squirrelling every dollar away you can for a rainy day.  If you have debt then that needs to be paid down.

If you are in stable employment then borrowing whilst money is so cheap maybe a good option.  All this money we are creating is only inflating the value of land anyway.

If you are saving cash like many retirees are then maybe those days are gone for now and you need to find other avenues.

Having a good financial planner in this situation is almost as good as gold.

I might be painting a pretty dim picture for you but don’t worry the next boom will be here before you know it.

Record low interest rates will give our government a good opportunity to ditch the posturing that a surplus is good and invest in infrastructure and other projects that will grow the economy.  When you add this to the massive amounts on money being spent by Victoria, New South Wales and Queensland state governments it easy to see the next turn of the cycle just around the corner.