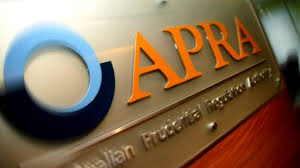 Today I want to talk about the hand brake in our economy being released by APRA.  And why it even happened in the first place and what it will mean to the average person on the street moving forward.

Before I get into that, I want to what this blog is all about.

It’s all about the empowering the individual into saying “I have control over my finances”.  We see the broader economy as something we cannot control and that is true.  The problem people have is they make the assumption they have no control over their finances.

I say that’s lazy and it’s the cheats way out.  If you ask anyone of working age if they would like to retire paying rent and receiving the government pension then you know what the answer is. Yet, for many of these lazy folks this is what awaits them.

Just in case I haven’t convinced you I would like to make another point.  The rich are getting richer and the poor are getting poorer.  This is outlined in great lengths in economists Thomas Picketty’s book Capital.

If you want any greater example of this then look at company tax cuts in the US which was brought in last year.  The large companies have used the money not to trickle down but to buy back shares.  Why?  It inflates the share price and therefor value of the company which means executives get bonuses and shareholders assets go up.  Poor people aren’t CEO’s and don’t have shares.

It’s up to you the individual to take action because no one’s going to do it for you.

My aim is to make these confusing topics easier to get your head around so that you become more confident in making competent decisions.

Anyway, before I go completely off the beaten track let me get on to todays topic.

The GFC still not too distant enough in the past to forget.

Fortunately thanks to the rocks in our backyard and a China that’s ravenous for growth, Australia sailed through relatively unscathed.

First home owners have vacated the property market but investors are hungry to get in before the next boom.

APRA are getting nervous.

APRA are the government body which sets guidelines on how money can get lent by the big banks.

They are worried about the level of Interest Only loans.  This is because interest only loans don’t actually pay back the debt.  The way lenders assessed interest only loans also allowed more money to be borrowed and APRA had concerns of an investor led property bubble.

Bubbles are not good because it means properties get over valued.  When the economy tanks and people can’t repay loans then the bank can’t recuperate their money.  Over capitalized banks would make the Australian economy very unstable and APRA where scared of this.

A bit of context here, in the late Eighties our banks went crazy lending to Bond, Scase and the rest of their mates.  ANZ and Westpac nearly shut down.  It forced the recession we had to have and Keating brought in the four pillars policy because at that time having a stable banking sector was incredibly important.

So, post GFC we reduced the rates, investors got in and we lent them too much.  First home owners couldn’t get in because of the rapidly rising property values.  What do APRA do?  They turn the money tap off.  That’ll fix it.

They turned it off by bringing in several measures but the two main ones where limiting Interest Only loans and changing the assessment rates.

Before I get into the topic of the assessment rates I’ll touch on Interest Only.  APRA put a cap on the amount of interest only loans banks could have on their books.

In the past you could get an interest only loan which generally have a maximum term of 5 years.  After that you have the rest of the remaining loan term to repay the loan.  For example, if you had a standard 30 year loan and took the first 5 years interest only then you would have 25 years back to pay what you borrowed.

The banks got around this by simply allowing borrowers to roll the interest only period over.  Basically never having to pay the loan off.

Quite rightly APRA put their foot down on this one.  Now you can apply for 5 years interest only at the end of the first interest only term but your ability to repay is now based on the remaining principle and interest assessment rate.

Interestingly the banks also increased the rates on interest only loans as well as investment loans adding billions to their profits.  Amazingly, our government, which was in a budget deficit at the time, could have easily levied the banks on the free billions they were making and put the country finances back on track. Yes, the rich getting richer and the poor getting poorer.

Now to the assessment rates.  Previously when banks were figuring out how much someone could borrow, they would add 2 0r 2.5% on top of the standard variable rate.  As mentioned, APRA were worried about property investors creating a bubble as interest rates dropped. So what they did was create a floor of 7.25%.  This dramatically reduced the amount one could borrow and brought Sydney and Melbourne markets to a holt.

When our economy does not perform, the Reserve Bank decreases interest rates.  This is so banks can lend more money into the economy.  At this time, the two government bodies – APRA and the Reserve Bank, now have policies that are at total odds with one another.

The Reserve Bank have been quietly going batty.  Their only lever, which is reducing interest rates, has been rendered almost useless.

As of Monday, APRA have announced they are scrapping this limitation.  When you take this and combine it with the recent half a percent interest rate decrease it means the average borrower can afford to borrow an extra $80-90,000 per year.

This is the signaling of the turn of the property market.  But first I think share markets will tank and the wreckage cleared away before we see a property boom we have never seen before.

I hope you like my explanation of assessment rates and you can understand where I see the economy going.  If it gets your mind ticking then I’ve done my job.