US Recession Around the Corner 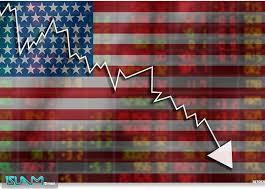 If you’ve paid any attention to what I’ve been going on about the last few weeks you would have at least picked up on my negative short-term sentiment towards the economy.  I think we will have a US recession sometime in the near future.

Today I’m going to tell you why I think it’s Tankerville for the US economy.

Ok, the first thing you need to understand is that money is created out of thin air, that’s how we get inflation and why we have a Reserve Bank to control the inflation.  This point sounds extremely simple but it took an idiot like me months possibly years to get comfortable with this very basic point.

When too much money is created some of it ends up in people speculating in bad investments, this is because these people see other people making fortunes and they want to jump on the roller coaster too.  This is how you get a boom and a boom we have had in property markets and share markets around the world.

I want to explain that the constant money creation gives liquidity to our economy and our way of living is centered around our economy.

Think of it in terms of the land needing rain.  The rain gives liquidity to the land and it makes our creeks and rivers flow and provides life to the earth.  If the rain stops for too long then the life gets sucked out of the land.

What you need to know is between the GFC and up until 2016 a lot of liquidity rained down onto the global economy and we all got used to it.  We had US quantitative easing along with Europe to give a liquidity kick to the global economy.  What a lot of people don’t know is that when the benefits stopped coming then China had the most to lose so then they also provided stimulus.

If you pay attention to the news that’s why they are explaining this market as the biggest bull run ever.

Now those rivers have run dry, and a US recession is just around the corner.

You may have noticed the silence on the whole China buying property in Australia thing, that’s because China have restricted the outflow of cash from China.  Speaking of China this trade war will translate to higher costs to the American people which means consumers will actually tighten their belts in response and they will spend less.

Added to this the US have gone to quantitative tightening in the later part of 2018 pulling $50 Billion a month out of the economy.

Bond yields in the US and Europe have hit zero or negative.  In Germany a 30-year bond is -0.13%.  If you don’t understand bonds all you need to know is they are about as secure as what you can get in terms of investments, so secure apparently that investors are willing to accept a loss on them over 30 years so long as they can get their money back.  This should give you an idea of how professional investors feel about the economy. 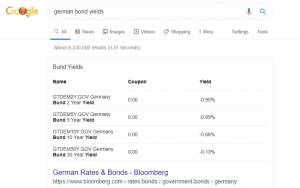 And my last point is that gold is sky rocketing.  This also tells you that investors are playing it safe by increasing their investments in gold and that’s because the share market is too dangerous.

Our global economy relies on trade and financial markets to provide liquidity.  Why I think recession will happen is because tougher times means people stop spending money.  That’s it in a nutshell.

There’s a lot of data, reports and experts out there.  I don’t profess to be an expert; I just try and learn and educate my customers on how I see things.  I came to a point in my business where I thought “I’m signing these customers up to 30-year home loans so I may as well go out of my way to make sure I educate myself because these guys trust me”.

The velocity of money is always high prior to recession because that is when people are most confident and they are being extravagant spending all their money on stuff and that spent money is more earnt money for someone else and they go out and spend and so on.  It’s an upward spiral.

The argument here is that the velocity of money is lower than it’s been for well over 40 years and honestly, it’s a fair argument.  The reality is that economic stimulus has increased the money supply over 250% since the GFC in the US alone so in terms of economic management we are in uncharted waters.

US money supply since GFC

The one explanation I do have is that all that stimulus went to bail out the banks and therefor did not enter the real economy, it went into the share market hence the record highs.  But business did not increase wages because they can see these massive economic headwinds on our horizon.  If this was not the case then wages would have increased because business would be spending more and that’s a possible reason for the decreasing velocity of money.

If we follow the smart money i.e. the investors and bankers to me it looks like it’s all going to bonds and gold which tells me there’s bad times coming.

Again, I’m no expert, I’m just giving an opinion, ironically like all of the other so-called experts.

I hope I’m drastically wrong when it comes to my opinion on a US recession and if I am then all be a great opportunity to learn, but as I always say- time will tell.