Recession, it’s that ugly word that scares everyone.   Actually, it is just a measuring stick for where we are as an economy.

Today, don’t be scared of recession but be scared of what it means.  I’ll delve into the reality of the economic world we live in.  It is my hope, it will help you to take action with regard to your finances.

The common definition of a recession is 2 quarters of negative Gross Domestic Product, better known as GDP.  GDP is just all the stuff we have spent as a country all added up.  So, a recession is just 6 months in a row of decreased spending.

This is bad because whenever you spend something someone else is making it.  When someone else makes it, they can then spend this and so and so on.  This leads to increased incomes and inflation – what we would normally call good times.   When it goes in reverse which is where we are now, it normally leads to bad times.   This is why recession is feared so much.

When people lose their jobs or get their wages cut then they can’t pay for essentials like food, electricity and housing.  Housing being rent or the mortgage.

That’s a scary proposition. I’ve got worse news.  Remember like a minute ago when I mentioned GDP was the total amount we spent as a country?

Our GDP over the last 12 months has been 1.6%.  What has been conveniently left out is that we have RECORD HIGHS OF IMMIGRATION which is pushing our population growth at 1.96% as at 2018. 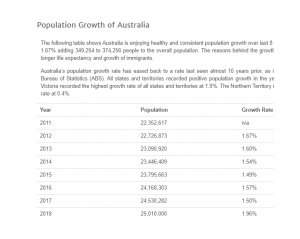 Logic would say that if you measure GDP per capita, meaning per person.  Then we are actually spending less already.

We are already in a recession.

But you don’t need to see the data, just think about it.

Our real wages haven’t increased for about 5 years yet the costs of things such as health insurance, council rates, car rego’s, childcare, road tolls, education and probably a whole heap of other things just keep going up.

And FFS, even under employment is a thing now.

Now, the powers that be try and do things to make us spend more in the real economy.  Our record low interest rates are great example of that.   They reduce the interest rates so our home loan and credit card and other debt repayments get reduced so in theory we have more money to spend.

Unfortunately, that has just resulted in house prices getting pushed higher.

When that runs out, meaning if or when interest rates go to zero, governments have another dirty little trick that won’t work up their sleeves.  That is continually printing money, they call it Modern Monetary Theory like it’s meant to fool people into thinking they know what they’re doing.

Increasing the supply of money has never ended well for any culture in the history of mankind.

It didn’t work out for Rome.  Nero started mixing his silver coins with other low based metals on the sneak.   The problem is they always start with just a little bit and it turns into a terminal soul sucking addiction.  They borrow money for wars they can’t afford.  Then, when that river runs dry, they debase the currency by creating more money.  In Rome’s case it was adding inferior ingredients therefor increasing the amount of coins they could make.

In more modern times we do it far easier, we just press a button.  There is a You Tube link of this in the show notes of US Federal Reserve Bank head Ben Bernanke explaining this on a 2011 episode of 60 Minutes.

The downfall of any great culture has either been at the hands of a cataclysmic natural disaster or because they thought they could ignore the lessons history taught us and create more money willy nilly.  It just doesn’t work.

The fall of the Roman empire is magically explained here

Most of my clients are everyday people in the outskirts of southern Melbourne.  They are from suburbs like Frankston, Cranbourne and Berwick.  Your average people going about their business and living their lives.  I make this point because they are the ones most exposed when the shit hits the economic fan.

It is too easy to put money to the periphery i.e. totally ignore it.  I feel I need to let these people know that we will soon be living in a world where there is rich and poor.   Let me clarify further, the rich are the top 10% and the rest make up the poor.

The poor will get screwed while the rich get richer.

We live in prosperous times.  Don’t mistake it as a right.  The time to capitalize on this is now because you might not have the same opportunities in the future.

In the next blog I’m going to give you 3 tips on how you can take responsibility and recession proof your financial situation. 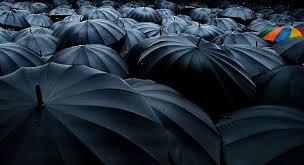