HOW BAD WILL PROPERTY PRICES PLUMMET?

I want help in buying my first home

When it comes to media and property, it’s either boom or bust – and at the moment, it’s bust.

We’re getting a lot of predictions that there will be massive price crashes in the near future, which is largely driven by the recent rate hikes. Right now, potential home buyers or customers are showing a lot of fear, uncertainty, and doubt.

How bad will it be?

In this video, I’ll ask the question, “How bad will it be?” because what we hear from the media is often incorrect. It all comes down to how many properties are on the market; that largely depends on how interest rates rise and on people’s capacity to manage rising debt repayments.

The main fear is that interest rates are going to rise to a point where people can no longer afford to repay their debts.  We get an influx of property on the market resulting in price drops because there will be an oversupply and people will be desperate to sell and take lower prices.

People will say, “If these rates keep going up, we just got to get rid of this property.” If it comes to this it could actually force more sellers into an already over supplied market as genuine fear takes grip.

This would make it really bad and you would expect decreases from the market peak at over 20%.

The other scenario is that, it’s just a correction.

I think a correction is definitely more probably given the price rises we’ve had in the past. What’s going to cushion house prices is the supply and demand concept I’ve previously talked about. Let’s have a look at some of the factors with the demand by starting with the grants.

-We’ve got the New Home Grant, which is the existing grant. It was under a different name previously called the First Home Loan Deposit Scheme or FHLDS.

When this program was introduced a few years back they just offered 10,000 spots for eligible first home buyers, then this year it’s 35,000. Added to this there is another 15,000 spots for related schemes designed to get people into the housing market.

So you can see they’ve really amped up the level of support through these schemes and in my opinion they can always amp it up more if governments feel the property market is at risk.

If you’re enjoying this video please like and subscribe.  I’d be really curious to see what you think about the property market and these current crazy times we’re living through.  Feel free to pop in a comment or a question and I’ll will read it and respond.

-You’ve also got other co-buy schemes from the National Government, as well as VIC and NSW governments getting involved.

Anthony Albanese’s election campaign promise is a great example of this. He basically made the promise to buy 40% of the property value for selected home buyers.

It looks like communism to me, but whatever, it’s actually taking place and is becoming a growing trend.

Added to this, NSW are scrapping stamp duty which makes it a lot easier to buy a house as that is one large expense that is not needed to be paid up front.

There is one main point that I don’t think people understand.

Let’s say I’m the buyer and I’m eyeing for a property and the price is a million dollars, and the government’s going to put in 40%. In that case, I really don’t care how much I’ve paid for it because I only need to borrow $600,000.

To me, these sorts of schemes are not only going to cushion the market but add rocket fuel for the next boom.

The other thing I want to mention which is why I think it is a correction is that the default rate won’t rise as fast as what people think because people will scratch around for every last penny before they let the mortgage go into default because they realize that that’s their family home.

They know if they get out now, they might not be able to get back in and have a home later on.

If the default rate does go up a certain point, it means properties are going to flood the market and there will be more supply than what the market can absorb over an extended period of time.

A lot of supply is going to come on the market and outweigh the demand, which is going to push prices down.

But, I just don’t think that much supply is going to hit the market.

This why I think it’s just a correction – most people know that we’re already in a housing shortage at the moment so there is not a high amount of supply on the market to begin with.

People intuitively know a home is a need, a security.

And when all that fear, uncertainty and doubt disappears, the demand’s going to be back again and the market’s going to turn and that is why I think we’re just in a correction.

What actually happens in the next 12 or 18 months is going to be super interesting, so we’ll wait to see what happens. 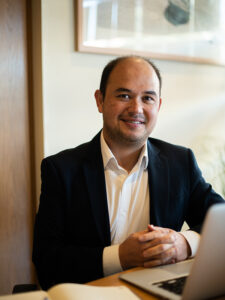 Martin Wyatt
01:07 21 Jun 22
On the Mornington Peninsula if you're thinking Mortgages, Home Loans or even a refinance, Will Bell and his team are brilliant!

Ashleigh Davis
12:17 11 Apr 22
five stars is under rating the experience I had with Will Bell Mortgage Broker, I was under great duress trying to secure a home loan to retain my current home. I'm a single dad with three young children and was struggling to find anyone that would accommodate my situation. Will bill and his team found the right fit for my situation and I cannot thank them enough.

Mike Sommer
23:53 28 Feb 22
Will did a great job with a fairly complex task when other brokers told me it wasn’t possible. He successfully released my guarantor and accessed equity from my PPOR to buy my first investment property. Great response times after work hours and weekends and always explained things in terms I could understand. Highly recommend